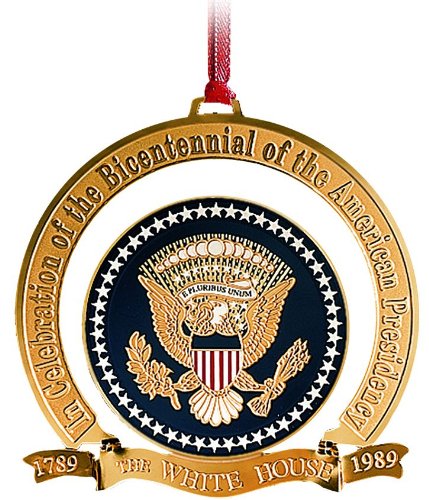 1989 White House Christmas Ornament, The Bicentennial of the Presidency

The White House Christmas Ornament for 1989 celebrates the 200th anniversary of the Presidency of the United States with a replica of the official seal of the president. This familiar emblem accompanies the president on all official occasions. It decorates the platform where he speaks and it is a familiar feature of his public appearances. It is this seal that President Rutherford B. Hayes adapted in 1880 to a coat of arms for the president.