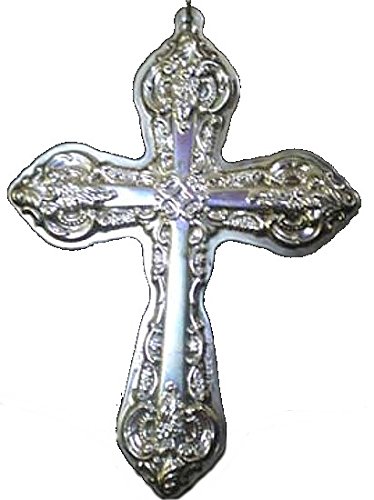 1997 Wallace Grande Baroque Cross Sterling Christmas Ornament 2nd Edition. This series of Cross ornaments incorporates the famous Wallace Grande Baroque flatware pattern into the design of each ornament. In Christianity the cross reminds Christians of God’s act of love in Christ’s sacrifice at Calvary-“the Lamb of God who takes away the sin of the world.” The cross also reminds Christians of Jesus’ victory over sin and death, since it is believed that through His death and resurrection He conquered death itself.