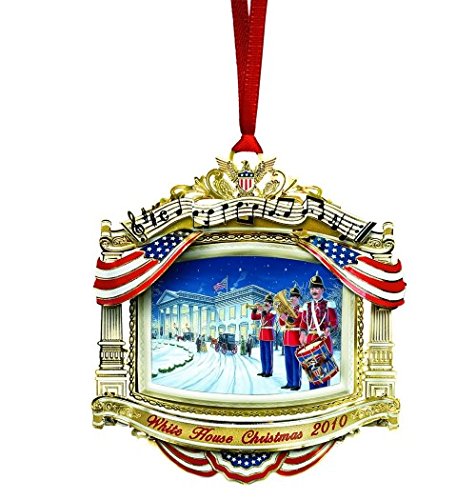 The 2010 White House Christmas ornament honors the twenty-fifth president of the United States, William McKinley, and celebrates the role of music in the traditions of the White House. The McKinley administration (1897-1901) is remembered as a time when the nation moved beyond its continental boundaries to become an international power. The American people idolized McKinley during his presidency, so suddenly cut short by an assassin’s bullets six months into his second term.”