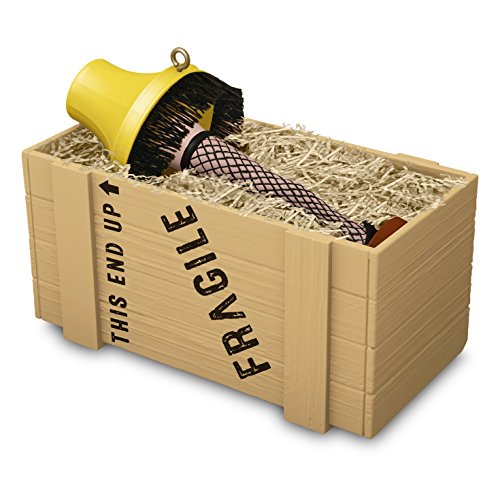 Would you look at that! Ralphie’s old man thinks he won a “major award” when he unpacks a giant wooden box containing a lamp in the shape of a leg. This ornament recreates the hilarious scene from the holiday classic, “A Christmas Story”. A Hallmark Keepsake ornament is much more than an ornament – it’s a little work of art that tells a big story. From people and things you love, to memories of the past, to capturing today’s important moments, a Keepsake celebrates the story of you!