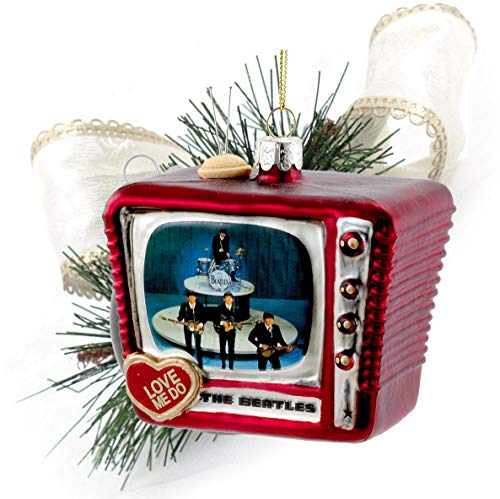 “On February 7, 1964, Pan Am Yankee Clipper flight 101 from London Heathrow lands at New York’s Kennedy Airport-and “Beatlemania” arrives. It was the first visit to the United States by the Beatles, a British rock-and-roll quartet that had just scored its first No. 1 U.S. hit six days before with “I Want to Hold Your Hand.” At Kennedy, the “Fab Four”-dressed in mod suits and sporting their trademark pudding bowl haircuts-were greeted by 3,000 screaming fans who caused a near riot when the boys stepped off their plane and onto American soil.”

“On February 9th, Paul McCartney, age 21, Ringo Starr, 23, John Lennon, 23, and George Harrison, 20, made their first appearance on the Ed Sullivan Show, a popular television variety show. Although it was difficult to hear the performance over the screams of teenage girls in the studio audience, an estimated 73 million U.S. television viewers, or about 40 percent of the U.S. population, tuned in to watch.”

Celebrate the Beatles first visit to America! The Beatles Love Me Do TV Glass Ornament shows the iconic scene of The Beatles playing “Love Me Do” on the Ed Sullivan show. It’s perfect for the Beatles fan in your life!