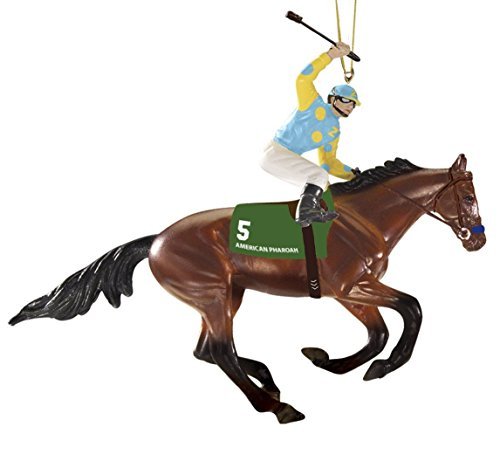 For 37 years, Thoroughbred fans around the world have been waiting for the next great horse to win racing’s Triple Crown: the Kentucky Derby, Preakness Stakes and Belmont Stakes. In 2015, a stallion named American Pharaoh delivered. Owned by Zayat Stables and trained by the legendary Bob Baffert, American Pharaoh and jockey Victor Espinoza fought hard for their win in the Kentucky Derby. Two weeks later in a downpour on a sloppy track, they again persevered and won the Preakness Stakes by seven lengths. Three weeks later, American Pharaoh was ready to run in the Belmont Stakes with Espinoza again in the saddle. The longest of the Triple Crown races at 1.5 miles long, the previous 37 years had seen 13 Triple Crown hopefuls fall short. Ignoring history, American Pharaoh ran a seemingly effortless race, leading from the beginning and winning by 5.5 lengths. A champion of champions, American Pharaoh made his own history to become the nation’s 12th Triple Crown winner.