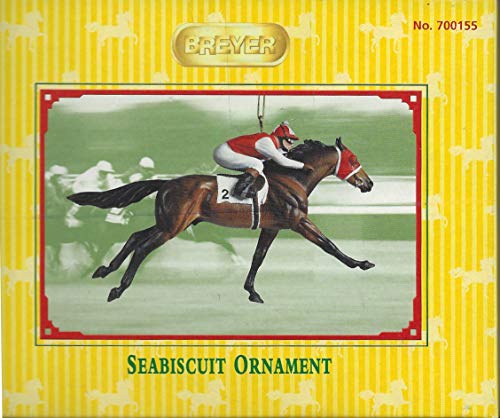 One in the series of triple crown winners by Breyer. In the 1930s, the Great Depression made optimism a rare commodity. The stock market was in shambles. Banks everywhere were going under. Businesses folded daily and farmers sunk deep into bankruptcy. Out of this misery rose an unlikely hero. Seabiscuit was an under-sized, crooked -egged, muddy-colored horse that routinely smashed attendance records anytime he made an appearance. From 1936-1940, he established himself as on of history’s most extraordinary athletes. His most famous match by far was the 1038 Pimlico Special against his eastern rival and Triple Crown Winner, War Admiral, a contest still regarded as on of the greatest horse races ever run.