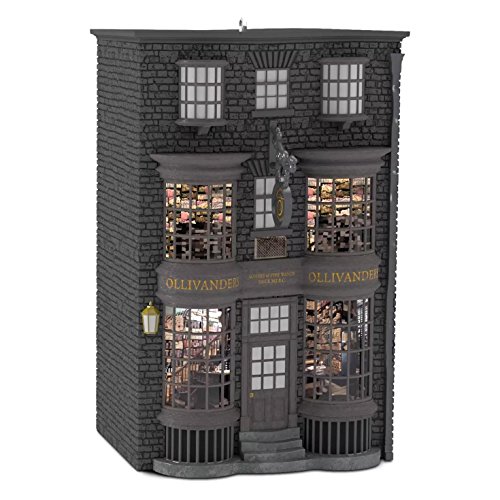 Enter the magical world of Witches and wizards along with Harry potter! this ornament pays tribute to ollivanders, the wondrous wand shop where every Hogwarts student buys their first wand. Peek inside the window to catch of glimpse of magic-making! look into the “magic” window viewer to see the inside of ollivanders wand shop! a Hallmark keepsake ornament is much more than an ornament – it’s a little work of art that tells a big story. From people and things you love, to memories of the past, to capturing today’s important moments, a keepsake celebrates the story of you