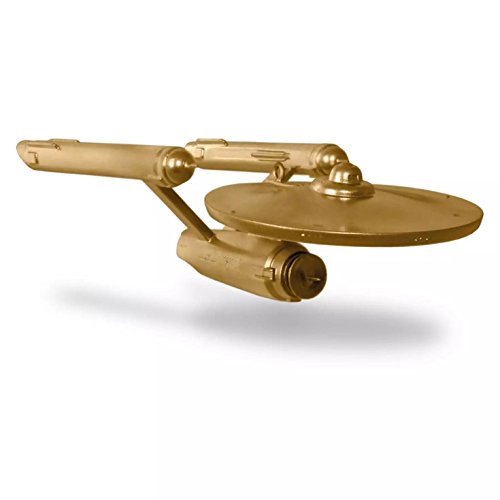 The very first Starfleet vessel to bear the name “U.S.S. Enterprise” is rendered here to celebrate the 50th anniversary of its iconic journey into the final Frontier. Based on the series’ pilot Episode, this gold-hued “Enterprise” ornament lets you hear Captain kirk’s monologue and the iconic music from the opening credits of the “star Trek” TV series! a Hallmark keepsake ornament is much more than an ornament – it’s a little work of art that tells a big story. From people and things you love, to memories of the past, to capturing today’s important moments, a keepsake celebrates the story of you