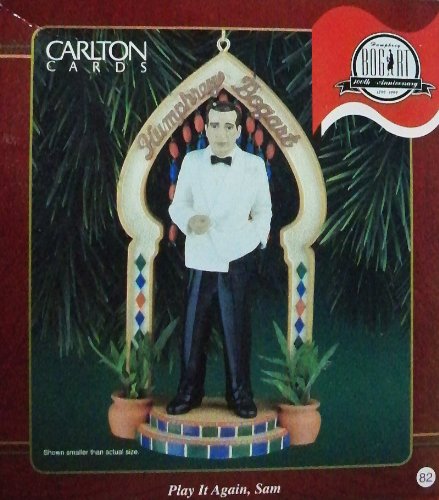 “Casablanca” is one of the most famous Humphrey Bogart films. On this nostalic Christmas ornament, we see Bogie as he was in the role of Rick, an American refugee from Nazi-occupied Europe and owner of Rick’s Cafe’ Americain. Rick’s Cafe is the favorite haunt of other American refugees, who’ve gathered in Casablanca, hoping to obtain exit visas to Lisbon and then back to America. Bogie considered this role a personal triumph. It established him as a romantic star, brought him his first Academy Award nomination and made him the big man at Warner Brothers Studios.