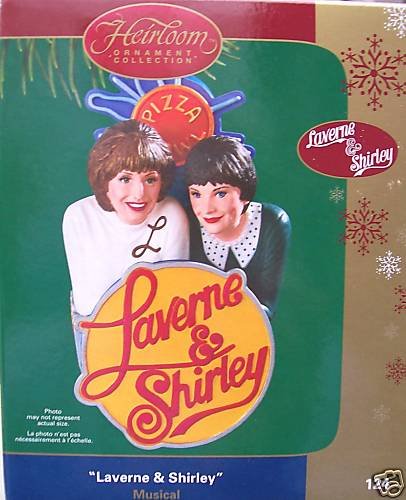 From 1976-1983, legions of TV viewers followed the weekly adventures of Laverne De Fazio and Shirley Feeney, best friends and roommates who worked in Milwaukee’s Shotz Brewery during the late ’50’s and early ’60’s. This ornament, which plays part of the catchy theme song from the series, is a must have for the many fans of this popular comedy.