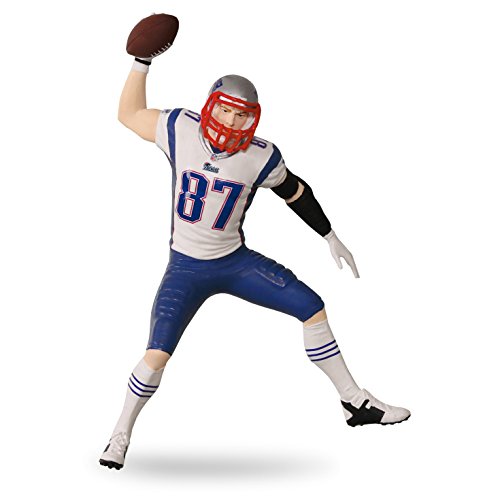 This tight end is a scoring machine for the Patriots, as is shown in his definitive football spike! Rob Gronkowski will bring excitement to your tree in the form of a Keepsake Ornament. A Hallmark Keepsake ornament is much more than an ornament – it’s a little work of art that tells a big story. From people and things you love, to memories of the past, to capturing today’s important moments, a Keepsake celebrates the story of you!