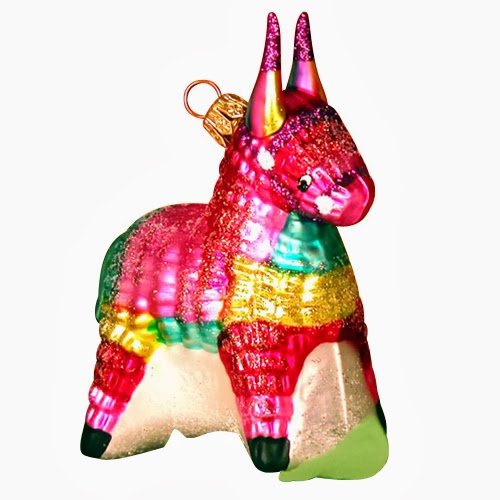 Originally a Chinese tradition, used to celebrate the coming of Spring, the Piñata was first introduced to Europe by Marco Polo, then later brought to the new world by the Spanish. Under Spanish influence, the piñata became part of the Posada in the Catholic culture.

The original and traditional piñata has either seven points, symbolizing the seven deadly sins, or ten points, symbolizing the sins that come from breaking the ten commandments. The stick used to break the piñata represents and symbolizes love. One is supposed to destroy the sins by hitting and breaking the piñata into pieces. The candies and treats that come pouring out from the broken piñata symbolize the forgiveness of sins and a new beginning.