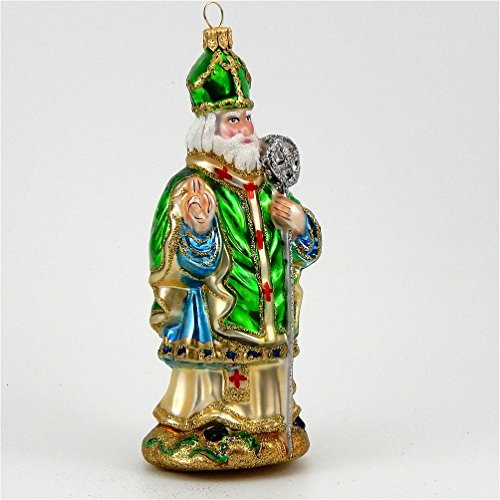 Saint Patrick was a 5th-century Romano-British Christian missionary and bishop in Ireland. Known as the “Apostle of Ireland”, he is the primary patron saint of Ireland, along with Saints Brigit and Columba. He is also venerated in the Orthodox Church as Equal-to-the-Apostles. The dates of Patrick’s life cannot be fixed with certainty but, on a widespread interpretation, he was active as a missionary in Ireland during the second half of the fifth century. He is generally credited with being the first bishop of Armagh, Primate of Ireland. This ornament is a beautiful representation of him dressed in a bright green robe.