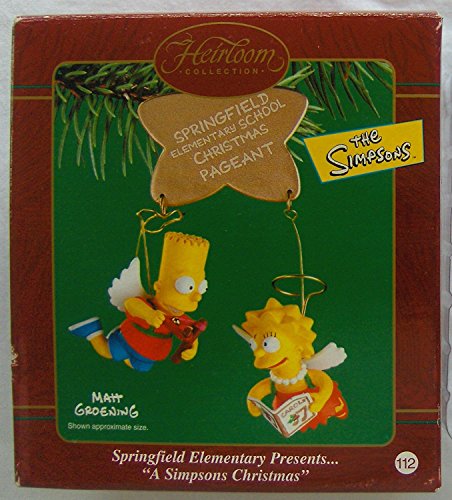 This holiday ornament from 2002 by Carlton Cards is entitled “Springfield Elementary Presdents … A Simpsons Christmas.” The ornament has Bart and Lisa of TV’s “The Simpsons” dressed as angels for a school pageant. The 4-inch-high ornament shows plenty of clever details, including musical notes visible inside Lisa’s song book and a tiny ball poised in Bart’s sling shot. Both figures have tiny metal halos over their heads, although Lisa’s is nice and round, while Bart’s is badly twisted.