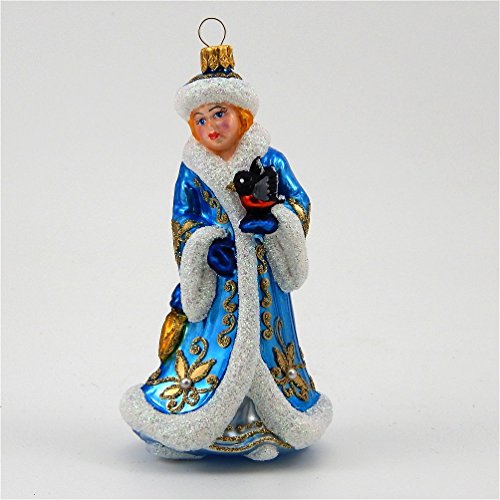 The Snow Maiden, (Snegurochka) is a character in Russian fairy tales. Her character has no apparent roots in traditional Slavic mythology and customs and she makes her first appearance in Russian folklore in the 19th century. Since Soviet times, she is also depicted as the granddaughter and helper of Ded Moroz (the Russian version of Father Christmas) during the New Year parties for children. She is depicted in this beautiful blown glass ornament wearing her blue fir trimmed coat and holding a small bird.