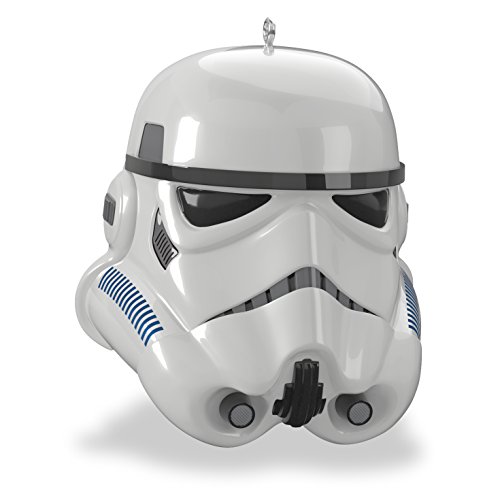 With their distinctive glossy white armor and helmet, the dreaded Imperial Stormtrooper strikes fear in the hearts of any who dare challenge the Galactic Empire. Fortunately for Star Wars fans, this cool ornament comes programmed with iconic Stormtrooper quotes from the beloved films we watch far away from the Dark Side. A Hallmark Keepsake ornament is much more than an ornament – it’s a little work of art that tells a big story. From people and things you love, to memories of the past, to capturing today’s important moments, a Keepsake celebrates the story of you!