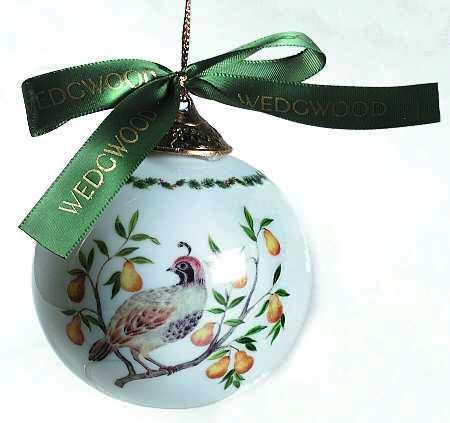 Wedgwood 12 Days of Christmas Ornament – Partridge in a Pear Tree – First in Series – This series of the 12 Days of Christmas ornaments by Wedgwood were issued from 2000 to 2003 and have long since been retired. This ornament series is one of Wedgwood’s most popular and they are very difficult to locate now, especially this first ornament in the series!